LAST WEEK I talked to you about the onrushing “migrant caravan” heading to our country from Central America, and I introduced you to the idea of the supermurder — the act of engaging in, or promoting, the mixture of the races, so much more destructive than ordinary murder.

Well, it looks like the “caravan” has stalled. I am not sure whether Trump’s tough talk about sending in the National Guard had anything to do with the long line of invaders melting into the night (though the Guard are forbidden by “law” from having any interaction whatever with border-jumpers, much less harming even a single hair on our precious equals’ heads). Perhaps pressure on Mexican officials did the trick. (They probably already had their Soros or other Jewish bribes, anyway, so why not bend to the new and opposite pressure?) Or perhaps the massive reaction of White Americans — at least online, expressing their opinions — against this particular branch of invaders made whoever signs the checks and is therefore really in charge of the convoy think twice about meeting a contingent of angry White people with a very large quantity of guns and a very small quantity of patience.

END_OF_DOCUMENT_TOKEN_TO_BE_REPLACED 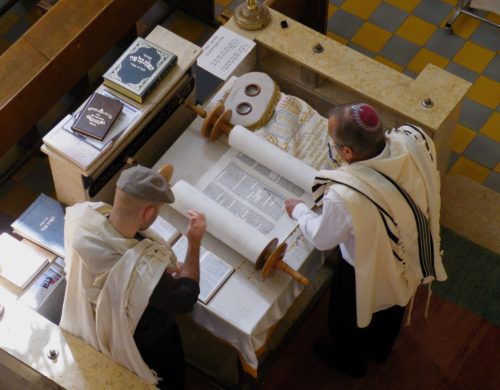 ON LAST WEEK’S program I showed you that, over many centuries, European man

And I put forward the the thesis that:

There is a name for the relationship between Jews and people like us. That name is parasitism. It’s a biological term. There are many examples of parasitic relationships, of relationships between parasites and their hosts, in Nature — including parasites that are closely related to their hosts. In fact, parasites can be found among almost every kind of living being that exists, so it should hardly be surprising that a human group has evolved to fill the parasitic niche.

How could such a parasite/host relationship have begun? Why did so few human races evolve to be parasitic? (We only know of two such races — the Gypsies and the Jews. The “Irish Travellers” are as yet just a subrace which may have split off from their parent group just one or two thousand years ago — and in them we may be witnessing the birth of a new and arguably parasitic race.)