A Cosmotheist view of history’s most vilified man

TODAY we present, for the first time in audio form, William Luther Pierce’s The Measure of Greatness.

APRIL 20 is the anniversary of the birth of the greatest man of our era — a man who dared more and achieved more, who set his aim higher and climbed higher, who felt more deeply and stirred the souls of those around him more mightily, who was more closely attuned to the Life Force which permeates our cosmos and gives it meaning and purpose, and did more to serve that Life Force, than any other man of our times.

END_OF_DOCUMENT_TOKEN_TO_BE_REPLACED

We once had a talented volunteer editor who quit helping us, in part, because National Vanguard was too pro-Hitler. He told me that he winced every time we talked about Hitler in a positive way. And one of our more prolific commenters on National Vanguard, who goes by the amusing nom de guerre “Trayvon Martinberg,” went further in a recent comment of his: END_OF_DOCUMENT_TOKEN_TO_BE_REPLACED 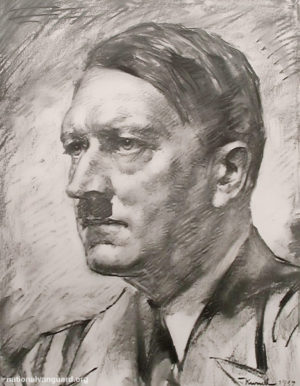 THIS WEEK we continue to explore the idea of a new religion for racially-conscious White people; and we return again to National Socialist Germany. As I said several weeks ago of that nation:

With profounder ideals and a stronger will than any other leadership structure of any other society for thousands of years at least, Germany ultimately sought to spiritually shepherd the unique expression of the Life Force and the growing consciousness that is our race through the dangers of the 20th century and beyond.

Today we go beyond the spiritual awakenings that took place there, and look with muted awe at the tragic apparent end of National Socialist Germany and the death — and undying spirit — of National Socialism’s founder, Adolf Hitler. Was his life and death the beginning of a new religious tradition?

END_OF_DOCUMENT_TOKEN_TO_BE_REPLACED

THE PROPAGANDISTS who slandered Hitler and Germany and National Socialism — in order to get us pepped up to fight and kill the people who were trying to save us — told a lot of lies. They told us lies, the “Holocaust” story just one out of many, designed to whip us into a frenzied hate so we would kill on command — and mostly, it worked.

Actually, these propagandists would better be called “projectionists,” not so much because they use their media to project a false picture in our minds — but because they are projecting, in a psychological sense, their own actual characteristics and behavior falsely onto the Germans.

END_OF_DOCUMENT_TOKEN_TO_BE_REPLACED 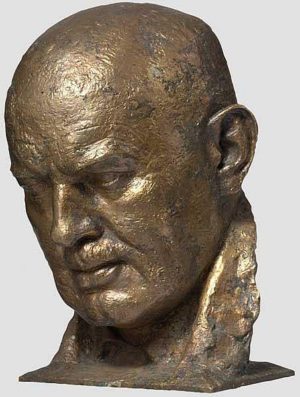 THIS MONTH, to celebrate the life’s work of National Alliance founder William Pierce, we are broadcasting Vanessa Neubauer’s audio version of the first book ever published by Dr. Pierce, his translation of Dietrich Eckart’s Bolshevism from Moses to Lenin. (ILLUSTRATION: bust of Dietrich Eckart by Ferdinand Liebermann)

Now we present part 4, the concluding section of this insightful book. What are the temporal and spiritual goals of the Jews? What is their psychology? How do they see themselves, their own parasitic nature, and the world? You will be amazed at the answers given in this philosophical dialogue. Now, we begin — I give you Vanessa Neubauer.

END_OF_DOCUMENT_TOKEN_TO_BE_REPLACED 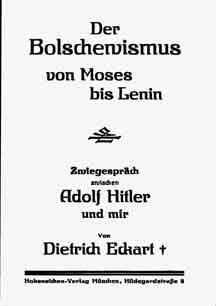 ALL THIS MONTH, to celebrate the life’s work of National Alliance founder William Pierce, we will be broadcasting Vanessa Neubauer’s audio version of the first book ever published by Dr. Pierce, his translation of Dietrich Eckart’s Bolshevism from Moses to Lenin — a conversation between the author and the soon-to-be German leader Adolf Hitler. The book’s insights were, I think, fundamental to William Pierce’s awakening to a full understanding of the world.

Let’s continue with part 3 of this extraordinary book. When we left off last week, we were discussing the Jewish influence on Christianity, from the earliest times to the present — from the vile “Old Testament” — to Saul who became Paul — to Martin Luther’s unwitting betrayal of his own people, which he recognized too late — and now, I give you Vanessa Neubauer.

END_OF_DOCUMENT_TOKEN_TO_BE_REPLACED 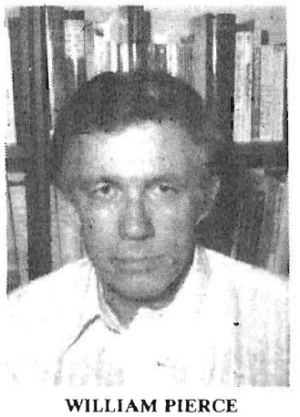 THIS SUNDAY marks the 83rd birthday of Dr. William Pierce. In honor of this great man, I will be appearing in two radio programs this weekend — the one you’re listening to now, and another that will appear on National Vanguard on Sunday at noon. Tomorrow’s program is a speech I will be presenting on The Land to a gathering of National Alliance leaders, staffers, members, and supporters to commemorate the life and teachings of Dr. Pierce. I hope you will tune in and join us in spirit on this very special day. (ILLUSTRATION: William Pierce in the 1970s)

All this month we will be celebrating William Pierce’s life on American Dissident Voices. To honor him, our own Vanessa Neubauer has recorded an audio version of the first book ever published by Dr. Pierce, his translation of Dietrich Eckart’s Bolshevism from Moses to Lenin — a conversation between the author and German leader Adolf Hitler. In its pages, we can see how these two men — the poet, and the architect of a reborn Germany and a new European order — influenced Dr. Pierce and contributed to his understanding of religion, spirituality, and the biological reality underlying the Jewish power structure.

END_OF_DOCUMENT_TOKEN_TO_BE_REPLACED 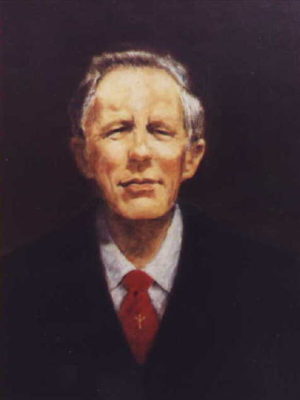 THIS MONTH, September 2016, marks the 83rd anniversary of the birth of Dr. William Pierce, the founder of the National Alliance. (ILLUSTRATION: portrait of William Pierce painted by William White Williams)

All this month we will be celebrating the life of this extraordinary man, who gave hope to the White people of the Earth during a dark era, and who brought our people to an entirely new understanding of their place in the Universe. To honor him, our own Vanessa Neubauer has recorded an audio version of the first book ever published by Dr. Pierce, his translation of Dietrich Eckart’s Bolshevism from Moses to Lenin.

This remarkable book shows us that Jewish parasitism, perfidy, chameleony, and treachery began long before the modern era, and in fact long before the Jews had created their Talmud. You can see how Eckart’s work shaped and informed Dr. Pierce’s world view. Let’s begin — I give you Vanessa Neubauer.