In which we sum up what we learned from Revilo Oliver on the Jewish Question; and offer suggestions for further learning on the subject

FOR THE PAST ten weeks in our series “The Jewish Plague,” we have been presenting the wisdom of Professor Revilo P. Oliver on the Jewish Question — the most crucial question of our time, our answer to which will determine not only the death or survival of our potentially immortal race, but the future course of all life in this Universe.

On today’s program I would like to summarize, point-by-point and in direct and simple language, the knowledge we have acquired from Dr. Oliver, along with suggestions for further reading and learning.

• The Jews are a highly intelligent, organized, and capable people, who have managed over some 2,500 years to raise themselves up from one of many primitive Semitic tribes into the most dominant race on this planet.
END_OF_DOCUMENT_TOKEN_TO_BE_REPLACED 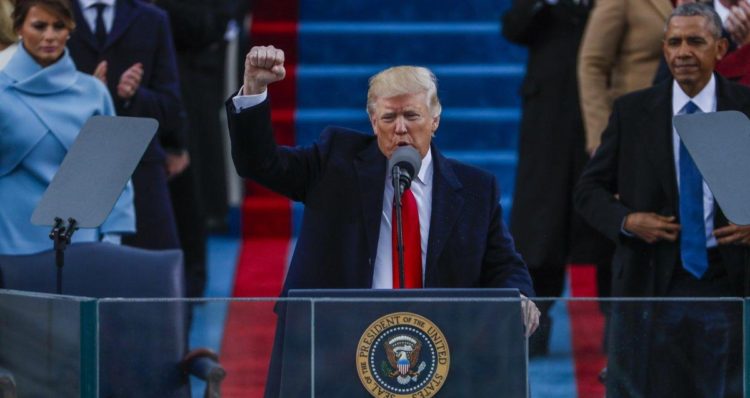 JEWS STEAL everything you own and then sell it back to you at interest. As long as you’re the highest bidder, of course. This time they’ve stolen our counter-revolution from us. They’ve stolen our populism. They’ve stolen our people’s energy, energy that should be driving a real resistance to the tyranny that misrules us. Instead of greatness — instead of reclaiming our destiny — we get money-oriented rah-rah and multiracial platitudes that rival John McCain’s; evil wrapped in chicken fat and vacuousness. Yes, I am talking about the Trump inauguration speech. Empty calories, as the nutritionists say. All empty calories. If you’re a racially conscious White man or woman, your credulousness can be measured as a near-perfect function of how much you loved the speech.