IN 1948, George Orwell wrote in his novel 1984 of “historians” and “librarians” whose job it was to erase inconvenient facts from the historical record, from books, and from past news reports. The old issues of books and newspapers would come in, be rewritten so that facts or statements that might now be “inconvenient” to society’s rulers were altered or omitted, and then be re-entered into the archives so that all citizens could see that the latest policies and statements of Big Brother were invariably in accord with the “facts,” which “good citizens” piously believed to have “always been so.” (Until the next revision, that is — at which time the good citizens declared that they had never been so foolish as to be believe what they had sworn was the truth ten days before, and that today’s pronouncements of the “authorities” represented Truth with a capital T, and always had.) Sometimes a fact or a truth was so “dangerous” in the eyes of the powerful that rewriting it wasn’t enough. It had to be destroyed. Publications and documents containing such truths were shoved into a slot called a “memory hole” — which led directly to the incinerators. They would never be seen again.

Something very similar is happening in America right now. History is being erased. The archives are being purged. In the role of Big Brother is the Jewish power structure, in the form of the Anti-Defamation League — and Google.

END_OF_DOCUMENT_TOKEN_TO_BE_REPLACED 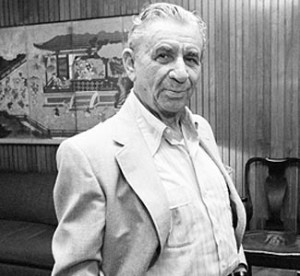 IN THIS, our third and final installment of Valdis Bell’s comprehensive exposé of the Jewish Anti-Defamation League, or ADL, we will be exploring the deep and abiding connections between the ADL and the criminal underworld. Later in the program we’ll be talking about the psychological — and biological — framework that underlies what the ADL does. The ADL, and its allied Jewish defamation and smear artists, agents of Israel, financial scammers, and political pressure groups are engaged in a planet-wide effort that can only be compared to the infection of a healthy body by infectious, parasitic disease organisms in the biological realm: Organisms that eat our substance, that take over our minds, that use our body to fight the organism’s enemies, and that — like HIV — disable our immune system so that we cannot repel the infection. (ILLUSTRATION: ADL-connected crime boss Meyer Lansky)

END_OF_DOCUMENT_TOKEN_TO_BE_REPLACED

THIS WEEK we continue with the best and most complete exposé of the Jewish Anti-Defamation League — a better name for which would be the Gentile Control Commission — written by Valdis Bell of the American Mercury and read by National Vanguard’s own Vanessa Neubauer. (ILLUSTRATION: They have no shame: Ariella Schusterman, associate regional director at the Anti-Defamation League [ADL] — shown in a recent photograph with Michael P. Downing of the Los Angeles Police Department [LAPD] listening respectfully — as Schusterman lectures, among others, officers of the LAPD — the very same police department from which the ADL stole thousands of confidential files.)

END_OF_DOCUMENT_TOKEN_TO_BE_REPLACED

OCTOBER IS the anniversary month of the creation of the ADL, a Jewish organization with close ties to organized crime, the purpose of which is to monitor and control non-Jews so these criminal activities — and other operations deemed vital to the Jewish establishment — can continue without exposure, legal hindrance, or abatement. (ILLUSTRATION: Outgoing ADL chief Abraham Foxman, left; incoming ADL head Jonathan Greenblatt, right: If photos could talk, these would scream “underworld crime boss.”)

END_OF_DOCUMENT_TOKEN_TO_BE_REPLACED

“FIGHTING DEFAMATION” of Jews was the ostensible purpose of the ADL (original name “Anti-Defamation League of B’nai B’rith”) when it was founded 102 years ago this month. But fighting defamation really had nothing to do with it. The purpose of the ADL, then as now, was to keep Gentiles — specifically, the host populations of those nations where Jews reside — under control. (ILLUSTRATION: Jonathan Greenblatt, current head of the ADL)

END_OF_DOCUMENT_TOKEN_TO_BE_REPLACED

LAST YEAR, the vice president of the illegal regime, Joe Biden, stated at the 100th anniversary meeting of the Jewish Anti-Defamation League (or ADL) in Washington DC: “…I mean this sincerely: You have become America’s conscience. You have become the conscience of this country, no matter what the issue. You have been a pillar of the Jewish community, but you reach out and you have reached out your embrace for all communities.” Biden added that the ADL has been by his side, guiding him, through “nearly every legislative battle and at every phase” of his career. From the integration of Blacks into our society, from the opening of the borders to a fatal flood-tide of non-White immigration, from the demonization and criminalization of freedom of association through so-called “civil rights” and “affirmative action” laws, and to the promotion and normalization of homosexuality and other perversions, Biden said the ADL has been his guiding light. Biden continued to gush at the DC meeting, which was moderated by NPR talking head Cokie Roberts, saying that the ADL was “the most influential, the most listened to, the most respected organization in this town.”

END_OF_DOCUMENT_TOKEN_TO_BE_REPLACED

American Dissident Voices broadcast of May 3, 2014

THE 1913 MURDER of child laborer Mary Phagan by her Jewish boss Leo Frank (pictured), which I detailed for you on last week’s program, was clearly established by the evidence and confirmed by every court and every jury which had jurisdiction over the case, including multiple appeals that ultimately ended up — twice — at the Supreme Court of the United States.

In every instance, the evidence was found to be sufficient to convict Leo Frank of Mary Phagan’s murder beyond any reasonable doubt. In every review, the procedure of the trial was found to be proper. In every appeal, no violation of the rights of the accused was found.

Yet the media — the daily press, books, film, and television — speak with one voice: Leo Frank, they say, was an innocent victim of Southern “anti-Semitism.” Hatred of Jews was responsible for his prosecution and conviction. An inflamed, bigoted mob intimidated the judge and jury. That is the “received narrative.” That is what the massive media power of the Jewish establishment have made “common knowledge” by incessant, one-sided repetition. But it’s utter nonsense.

END_OF_DOCUMENT_TOKEN_TO_BE_REPLACED

LEO FRANK was a Jewish sex killer who was president of Atlanta’s B’nai B’rith — and who was re-elected to that post even after his conviction. Frank was tried and found guilty of the strangulation of a 13-year-old White girl who worked for him, Mary Phagan (pictured, artist’s depiction), who died exactly 101 years ago today.

In one of the first visible nationwide efforts of the Jewish power structure in this country, immediately after Frank’s conviction a frantic, expensive, dishonest, underhanded, and wildly over-the-top campaign was launched to clear his name and accuse others — a campaign which continues even to this day. In that campaign, the White people and institutions of the American South were falsely accused of an “anti-Semitism” that never existed, an accusation which triggered real anti-Jewish feelings there on a scale never seen before in history. As a direct result of that huge blunder, the B’nai B’rith founded in 1913 the central organ of Jewish propaganda and corrupt influence in this country, the Anti-Defamation League, or ADL.

END_OF_DOCUMENT_TOKEN_TO_BE_REPLACED 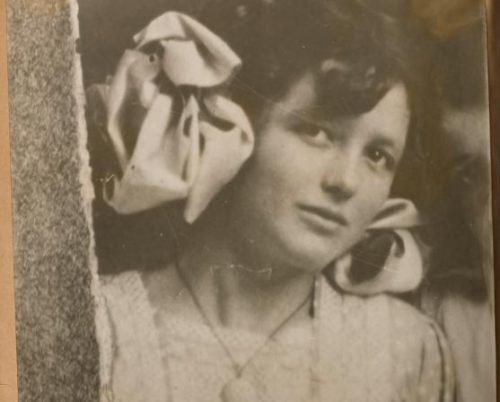 MARY PHAGAN was just thirteen years old. She was a sweatshop laborer for Atlanta, Georgia’s National Pencil Company. Exactly 100 years ago today — Saturday, April 26, 1913 — little Mary (pictured) was looking forward to the festivities of Confederate Memorial Day. She dressed gaily and planned to attend the parade. She had just come to collect her $1.20 pay from National Pencil Company superintendent Leo M. Frank at his office when she was attacked by an assailant who struck her down, ripped her undergarments, likely attempted to sexually abuse her, and then strangled her to death. Her body was dumped in the factory basement. END_OF_DOCUMENT_TOKEN_TO_BE_REPLACED