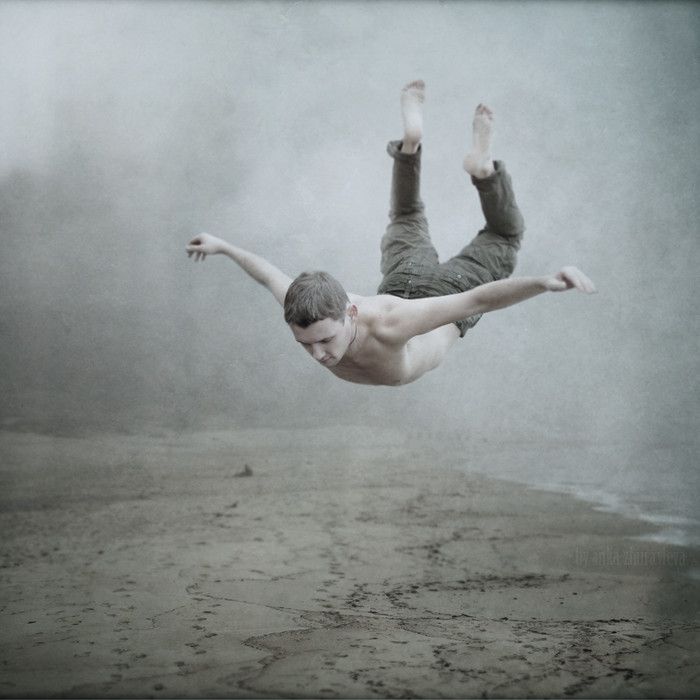 WE STYLE OURSELVES Homo sapiens, from the Latin meaning “wise man,” but this hubristic and grandiose christening of ourselves is either plain wrong — or a thousand years premature.

Dogma and the herd mentality often blind us to glaring, vitally significant truths staring us right in the face.

In the case of our supposedly sapient race, the White race, this is doubly true. Look at us as we foolishly spend our lives on sports and entertainment and superficial relationships; as we watch The Big Bang Theory and professional Negro-ball games and other media atrocities interspersed with nothingness; as we send our innocent kids off to kill other innocents and be killed themselves for delusions like “democracy”; as we go into lifetime debt to parasite bankers who “lend” us something that already belongs to us, our own credit; and as we have meaningless sex with other soulless drones, being careful at all times to ensure that the sex is “safe sex” — that is, safe from fulfilling the real purpose of sex, the tragic sin of continuing our kind by founding families and having White children; look at us as we do all of these things while our very existence is threatened by a deadly enemy murdering us with a thousand cuts right before our very eyes. We’re not Homo sapiens, we’re Homo caecus — Latin for “blind man.”

There’s an old joke about statistics: In 1950, the average automobile on US highways was carrying three people. By 1975, the average car on our roads held just two people. In the year 2000, that figure dropped to 1.25 people. So, it is said, if present trends continue, in the year 2025 every third car traveling on our highways will be empty. It’s an absurd joke, of course, but who would have thought a quarter century or more ago, when the joke was written, that driverless Uber or Lyft cars might indeed soon be coming to your front door to pick you up and take you to the airport? — or that you would prefer, especially if you’re a White woman, a driverless car over playing racial roulette? So the “obvious absurdity” of the empty, moving car comes true as we try to escape the consequences of our foolish surrender of our own society, as does the “obvious absurdity” of the kiosk robot replacing the cashier, the automated telephone anti-assistant replacing the Third World telephone anti-assistant, which replaced the now-extinct White employee who actually answered the phone directly and knew what he or she was talking about — and all for essentially the same reason.

There are a lot more “obvious absurdities” coming, and not all of them are as amusing as an empty cab answering your hail or “press two for English.”

Last night I heard a man, a White American who lived in the Alleghenies, speak of his family history. His great-great-grandfather, who lived entirely in the 19th century, raised a large family on the income of a small-town craftsman. He had children by two wives, since he remarried after he lost his first wife. He fathered 22 children. The speaker’s grandfather — the grandson of the craftsman — had five children. The speaker’s father, who was born in 1918 and the first to live entirely in the 20th century, had three children. The speaker himself — a “baby boomer” was was born in 1948 — had one child, a girl. She is now approaching 40 with a “great career” and no children.

As recently as my childhood (I was nine in 1965), large White families, families with four or more children, were still quite common. Neighborhoods were safe and after three PM the streets were filled with laughter and play on every sunny day. The next generation, my generation, the “me generation,” the contraceptive generation, was given the false choice of hedonism or careerism or some combination of the two, and very small families became the norm. Childlessness was more common, and considered acceptable. The current White American generation, starting from the increasingly bad examples and bad values of their parents, was in addition persuaded in large numbers that sex is recreational and therefore purely personal and even experimental, and never sacred and of supreme importance to society; and that procreation is “low-class,” morally questionable, and a bit repulsive at worst — and optional at best.

There was a time when our race was vitally alive, and by the process of natural selection in which the best and the brightest and those of the finest strength of body and character had the most children — and successfully raised the most children to adulthood, marriage, and children of their own — we became better and better with each passing generation. The most vitally alive were the most sexually successful, and by that I mean the truth that Ludovici partially expressed when he said that the sexual act is not complete until the child is born. As long as this process continued, our race continually became stronger, larger, more intelligent, more dominant, and more capable. That process has now ceased.

What is living, grows. The fact that, by many valid standards including that of ecological health and of the looming food shortage, there are manifestly too many featherless bipeds on this planet does not alter the reality that healthy races, healthy species and subspecies, must grow. What is not growing is dying. What is not expanding is contracting. Change is constant and omnipresent in Nature. Stasis is rare, almost unknown. Grow or die is Nature’s command. Overpopulation does not alter that fact nor invalidate that command.

Overpopulation simply makes the problem more acute and the choices fewer and less palatable. Instead of expanding into new empty, or nearly empty, territories, at our leisure and in step with the moderate natural increase of our own race, we are forced into direct collision and competition with far more fecund primitive races who will quickly overwhelm us if we do not keep up our growth — and keep them under control, the best method of which is not to rule over them but simply to keep them separate from us; to keep our nations exclusively White — and keep our technology and knowledge to ourselves

Along with increasing overpopulation comes the disappearance of frontiers. Our race has always been one which pressed up against frontiers, and thrived in doing so. The fall of nations and empires is not always caused solely by racial mixture, though that is often a factor. The disappearance of open frontiers, the stasis of urban and suburban life, the fossilization of forms are also causes of decline. The healthiest parts of a White nation are often on its frontiers, where the boldest go and face the risks of pioneer life — both dangerous enemies and harsh Nature — where Darwinian selection is at its strongest. Even within an established nation, the fount of the healthiest genetic stock is often to be found in rural areas that are more similar in many ways to the frontiers they displaced than are the effete, money- and comfort-oriented swarms of the cities. The best and brightest from the country may inevitably go to the cities, and reinvigorate them like the barbarians from the north repeatedly reinvigorated Rome, but they also go to the cities to lose their fertility — and die.

Our Faustian race needs frontiers. What, then, is the next frontier for us — the next healthy, necessary step? Obviously, it is — ultimately — to step beyond this planet and become an interplanetary species, as Elon Musk famously says — and a species descended entirely from our race, as Elon Musk does not say but certainly ought to think, since he is not a moron. But that sure-to-be-difficult and painful rebirth into a new stage of our evolution need not be the only new frontier.

The devastated, if not burned-out, cores of our once-great cities need to be rebuilt and recolonized by our people once a new social order removes the alien biomass from our living space. The huge empty spaces of Alaska and Siberia and northern Canada, with the scientific and technological and environmental knowledge we have gained in the last half century, can still retain much of pristine Nature and yet become new homes to millions of our people in a civilization-building movement the likes of which the Earth has never seen. The same is true of large swathes of Africa that will be nearly empty again once the blight of starvation- and overpopulation-inducing Western “aid” to Congoids comes to an end and that continent returns to a state of Nature. Before we terraform Mars, perhaps we can terraform the Outback and parts of Greenland and Antarctica. Perhaps we have to do so.

But we don’t have to fall toward zero. We have within us the possibility — and ability — to rise toward infinity. With all our faults, there has never been a race like ours. More than 97 per cent. of all scientific accomplishments were made by our people. A similarly large number of great artistic creations have been ours and ours alone. And, no matter what the liars say, we don’t have to stop existing. Our demise is not inevitable, and it would be the ultimate evil ever to befall this planet. The noblest mission ever to exist, and the greatest and most moral cause to which you can dedicate your life, is to prevent the extinction of our race in this, the hour of its peril.

Led by the best among us, we have the ability to leave behind Homo caecus and become worthy of the name the great Linnaeus gave us: Homo sapiens europaeus. Our future — a cosmic future of greatness beyond our current capacity to imagine — beckons. And the National Alliance shows the way — the only way — we can reach that tomorrow.

You’ve been listening to American Dissident Voices, the radio program of the National Alliance. The National Alliance is working to educate White men and women around the world as to the nature of the reality we must face — and organizing our people to ensure our survival and advancement. We need your help to continue. Please send the largest contribution you can afford to National Alliance, Box 172, Laurel Bloomery, TN 37680 USA. Make your life count. You can also help us by visiting natall.com/donate. Once again, our postal address is Box 172, Laurel Bloomery, TN 37680 USA. Until next week, this is Kevin Alfred Strom reminding you: When you look at the night sky, think of ORION — Our Race Is Our Nation.