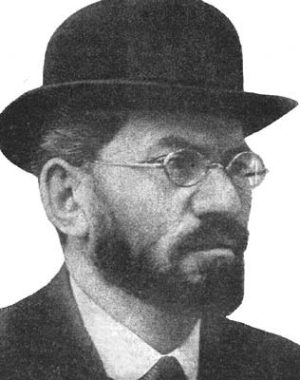 The Beilis case has eerie, amazing parallels to the Leo Frank case.

THIS NEW book is an English translation of G.G. Zamyslovsky’s book Ubiystvo Andryushi Yushchinskago, published in Russia in 1917. It is about the trial of Menachem Mendel Beilis (pictured), who was charged with the ritual murder of Andrei Yushchinsky, a 13-year-old boy, committed in Kiev in an occult rite with other fanatics.

On March 12, 1911, in Kiev, then part of Russia, on the grounds of a brick factory owned by a Jewish merchant named Zaitsev was found the body of a brutally murdered — and almost completely bloodless — 13-year-old student of the Kyiv-Sophia Religious School, Andrey Yushchinsky. On the teenager’s body the forensic doctors counted 50 stab wounds. Officials assigned to the case, including Minister of Justice Shcheglovitov, believed that the child had been ritually murdered by Beilis.

This was one of the most high-profile cases in pre-revolutionary Tsarist Russia. Like the Leo Frank case, wealthy Jews and press barons gave it worldwide publicity, characterizing the prosecution of Beilis as a case of “anti-Semitism.” 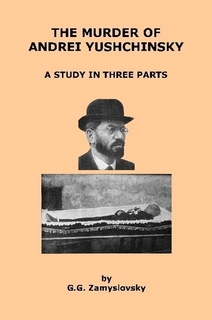 Georgy Georgiyevich Zamyslovsky was a well-respected member of the Russian State Duma (analogous to the Senate in the U.S.), and also an attorney. He served as a civil prosecutor (or “civil plaintiff”) in this case. Zamyslovsky has done us a great service by reproducing sections from the authentic transcript and even documents of the pre-trial investigation (testimonials, on-site examinations, etc.), items that have long disappeared into the Bolshevik tophet (a burning rubbish heap in the Valley of Hinnom south of Jerusalem where Semites were believed to have conducted human sacrifices). For example, Pranaitis’ opinion was taken from his pre-trial testimony, not from the testimony he gave in court. This book was ordered destroyed by the Bolsheviks and is extremely rare.

Beilis was defended by a powerful legal team. Despite the investigators’ and prosecutors’ strong belief in his guilt, Beilis was acquitted (so much for those evil “anti-Semitic” Russians and Ukrainians!). He died in 1934 in New York. He is buried in Mount Carmel Cemetery in Queens, the same cemetery where convicted Jewish sex killer Leo Frank — also tried in 1913 — is buried. There are two other amazing parallels between the Beilis and Frank trials, too: Frank’s victim, Mary Phagan, was, like young Andrey Yushchinsky, also 13 years old — the exact age at which the Jewish religion teaches that childhood ends and adulthood begins — and Beilis, like Frank, was also a factory superintendent.